What Can We Expect from the New South Korean President?

The Korea Center offers a quick look at what to expect from South Korea’s incoming president.

Yoon Suk-yeol will be the next president of South Korea. The former chief prosecutor’s lead over liberal candidate Lee Jae-myung is expected to be only 0.98%. His win was made possible by third-party conservative candidate Ahn Cheol-soo’s last-minute decision to leave the race and support Yoon. The political merger, along with Yoon’s strong support from young men in their 20s and 30s, was enough to tip the election in his favor. Young female voters’ support for a third-party candidate, Sim Sang-jun, added to the closeness of the race. Yoon will enter office amid increasing foreign and domestic policy challenges. Key foreign policy challenges for the Yoon administration will continue to be navigating U.S.-China rivalry and managing the North Korean threat. Yoon is likely to adopt a more confrontational posture on both fronts.  Key domestic challenges for Yoon include worsening partisan division—which could weaken Yoon’s ability to govern—sky-high housing prices and household debt, unemployment, and, more recently, a gender war that has erupted in South Korea.

In his February 8th Foreign Affairs article, Yoon argued that South Korea should stand alongside other U.S. allies as a responsible regional leader and a “global pivotal state.” Heavily criticizing incumbent Moon’s foreign policy initiatives as being too North Korea-centric, lacking foresight and too passive, Yoon argued that it was time to expand South Korea’s role in the international community by championing freedom, peace, and liberal democratic values in Asia and beyond.

The distinction between liberals and conservatives in South Korea has more to do with their views on the United States, North Korea, China and Japan, than on economic or social policies. Hailing from the People Power Party—a rebranded version of the conservative party of impeached president Park Geun-hye—Yoon’s foreign policy platform is predominantly pro-American and tougher on China and North Korea than Moon’s progressive administration has been. Yoon said he will seek to repair Seoul-Tokyo bilateral relations and consider the possible development of an integrated missile defense system between the United States, South Korea, and Japan.

We can expect Yoon to seek a firmer stance than his predecessor toward the South’s top trade partner, China. (South Korea trades more with China—with its exports amounting to over $130 billion in 2020—than with the United States and Japan combined.) Yoon has been critical of Moon’s hedging, “balanced diplomacy” (or strategy ambiguity) approach to Beijing. He advocates joining the Quadrilateral Security Dialogue (QUAD) and deploying additional Terminal High Altitude Area Defense (THAAD) missile systems though it will anger Beijing. Yoon’s tougher talk capitalizes on the public’s antipathy towards China, which has been rising ever since China’s economic retaliation after the U.S.-ROK joint deployment of THAAD in 2016. A Korean public opinion survey completed last summer showed over 58 percent saw China as “close to evil,” with younger people in their 20s and 30s voicing the strongest anti-China sentiment. Yoon’s vocal pushback against economic bullying by China has won favor with millennial and Generation Z swing voters—classified as the “2030 Generation” in South Korea—although how Yoon will handle future tensions with China remains unclear.

On North Korea, we are unlikely to see another round of inter-Korea summitry, proclamations of a “breakthrough,” or a push for a peace declaration such as those that occurred under Moon. Yoon’s position is “no talks for talks’ sake.” He has criticized the Moon administration for focusing too heavily on negotiations with North Korea. Yoon sees Beijing’s role in addressing North Korea’s nuclear and missile programs as relatively minimal, choosing instead to structure potential future inter-Korean engagement under the umbrella of institutionalized U.S.-South Korean cooperation. Given that the North has been testing its missiles in recent months, further provocations, including a possible long-range missile or even a nuclear test, are likely along with an increase in inter-Korean tensions.

Yoon has said he will work to repair its relations with Tokyo and has expressed openness to a trilateral security alliance between the United States, Japan, and South Korea while articulating support for joining QUAD. Several Japanese media outlets have also expressed hope that South Korea-Japan relations may improve under a Yoon presidency. A challenge for Yoon will be getting the public on board in support of improved relations with Japan, which remains deeply unpopular with Korean voters.

South Korea, like many carbon-heavy countries, faces an ambitious energy transition ahead. Despite planning to retire all coal plants (36.4 GW capacity) by 2029 to align with the Paris Agreement, South Korea is currently building a new 7.3 GW coal-fired power plant. The country is among the biggest global carbon polluters, coal importers and overseas coal financiers in the world. Energy analysts expect a 7% rise in South Korea’s power sector carbon dioxide emissions reaching 251 million tons (Mt) by 2030. This is despite the country’s plans to expand renewable’s share of energy output to 34% by 2030, up from the current 5%, the lowest among all OECD members.

To achieve the country’s goal of carbon-neutrality by 2050, Yoon argues, nuclear energy must play a renewed and central role. Yoon has vowed to scrap Moon’s nuclear “phase-out” policy and increase nuclear energy to 30% of South Korea’s total energy mix. South Korea’s 24 reactors currently contribute 139 TWh of electricity—26% of South Korea’s 2019 electric power generation. Yoon claims that re-vitalizing the nuclear energy industry would create 100,000 jobs and opportunities for close cooperation between South Korean and U.S. nuclear industries.  It remains to be seen how the new administration will address citizens’ concerns over power plant safety scandals in recent years, which have reduced general enthusiasm for nuclear energy.

Yoon will need to focus immediately on numerous challenges related to the economic and health implications of COVID-19 by prioritizing job creation, tackling unemployment, and boosting innovation.

The need to tackle growing inequality amid signs of an asset bubble was an important factor in the election. Apartment prices have almost doubled since President Moon took office in 2017, with many middle-class households being priced out of the property market. Many self-employed people, who make up almost a third of the labour force, have also been under mounting financial pressure from tough COVID-19 restrictions that have heavily reduced incomes. Meanwhile, household debt has nearly doubled over the past decade, surging to a record high of 1.54 trillion USD in Q2 2021. South Korea’s record-high indebtedness is raising concerns over the debt-repayment burden, as more than 80% of new loans to households have floating rates. Voters were also upset with the Moon government pushing through property tax and health insurance payment increases.

Yoon has drafted plans for increasing job security and offering re-employment support. He has also vowed to address public concerns over the soaring housing market by supplying 300,000 subsidized public housing units to young people struggling to purchase homes. However, these efforts will do little to reduce deep-rooted socio-economic inequalities in Korean society.

Conservative male voters of the 2030 Generation played a key role in Yoon’s election. However, in appealing to these voters—many of whom view their current economic hardships as an example of liberal government favoritism towards women—the incoming president’s campaign has fanned the flames of an increasing gender war in South Korea. In fact, many women in the 20s and 30s (and even their 40s) voted for Lee after he fully embraced feminism and said he would make efforts to improve women’s rights. Many other women voted for the third-party female candidate, Sim Sang-jun, who argued strongly for gender equality. Yoon has been seen as supporting anti-feminist groups with his threats to abolish the Ministry of Gender Equality and Family. (In The Economist’s glass ceiling index, which measures the role and influence of women in the workforce, South Korea was ranked at the bottom of top 29 countries). Yoon will face a big challenge in finding ways to mend fences with female voters without alienating his young, male base.

The greatest challenge for the new South Korean president will be navigating a political landscape which will be new to him.  A former prosecutor, Yoon is a political novice with little political or policy experience, particularly in foreign affairs. He enters his presidency during a time of international crisis (with Russia invading Ukraine and North Korea testing missiles) and with an increasingly disillusioned populace at home. Yoon is likely to have a brief honeymoon post-inauguration, but ultimately his foreign policy could be held hostage, like Moon’s, by factors such as the U.S.-China rivalry and North Korea’s missile and nuclear threats, that are beyond his control. Meanwhile on the home front he will confront intractable social and economic issues that have no easy solution. South Korea’s recent record is that voters quickly become disaffected with new presidents, no matter how popular they might have been in winning office. Yoon’s challenge is to buck that trend.

The Center for Korean History and Public Policy was established in 2015 with the generous support of the Hyundai Motor Company and the Korea Foundation to provide a coherent, long-term platform for improving historical understanding of Korea and informing the public policy debate on the Korean peninsula in the United States and beyond.  Read more

The Asia Program promotes policy debate and intellectual discussions on U.S. interests in the Asia-Pacific as well as political, economic, security, and social issues relating to the world’s most populous and economically dynamic region.   Read more 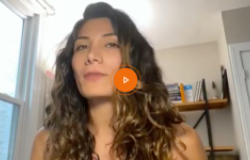 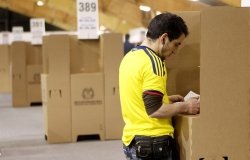 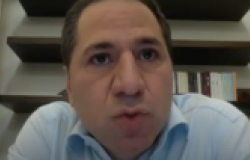 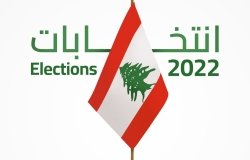 Article
Elections
Lebanon's Election Offers No Salvation
By David Hale on May 17, 2022 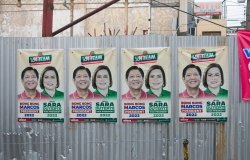 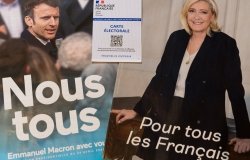 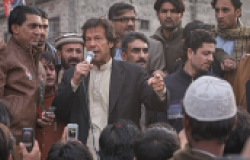 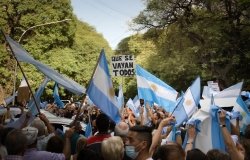 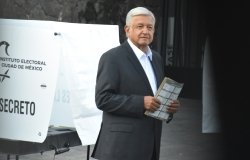 Article
Rule of Law
Recall referendum: 7 key takeaways (from what we know so far)
By Alejandro García Magos on April 12, 2022 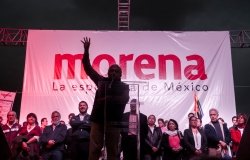 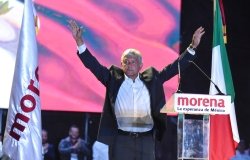